Book Direct with the Owner at Vaucluse House with Accommodation Redcliffe in Vaucluse, for all your Attraction and travel needs.

Houses and their owners have a tendency to be reflections of one another. Vaucluse House presents venerable Gothic Revival façades to Sydney Harbour but the mansion, built in fits and starts between 1805 and the early 1860s, is in a mixture of styles, is unresolved in terms of its layout and lacks the social grace of a formal entrance.

Its builder, William Charles Wentworth (1790-1872) is known today as one of our early colonial statesmen. His sense of his place in societywas undermined by illegitimacy and convict associations. With the rising tide of Victorian morality his wife Sarah was shunned as lacking respectability and the family had to socialise outside of colonial society. Vaucluse House’s lack of cohesion is perhaps a result of Wentworth’s brooding anger at this slight and the house’s slow growth over decades. In contrast with the house, the grounds preserve a remarkably complete 19th century estate plan with stables, rural outbuildings, carriage drives, paddocks, lawns, a serene pleasure garden and recreated Victorian kitchen garden. 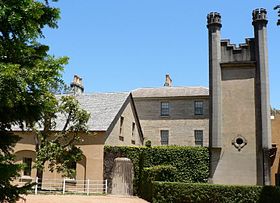 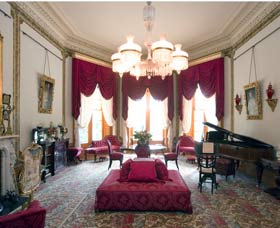 Accommodation Redcliffe welcomes Vaucluse House in Vaucluse NSW, we offer an experience that takes you on a journey of a life time in Vaucluse. For all your attraction and things to do, book your adventure today.

Is Vaucluse House in Vaucluse your property on Accommodation Redcliffe, please claim your listing and subscribe to update your contact details and receive your phone calls and emails from your clients.